By Ryan Lang, American Red Cross volunteer and board member

Anyone who’s received CPR and AED training through the American Red Cross will tell you they hope to never have to use it, but knowing it’s there just in case is comforting.

Stow-Munroe Falls High School graduate Alexis Starnes would tell you that she’s grateful for the knowledge and training she received during her time as a Girl Scout and on December 30th, 2021 that training helped save the life of a small child.

That day, Alexis was working at the Small Steps Big Strides Childcare center in Stow as part of a real world work experience program through her school. She was feeding a 7-month-old girl baby food when the child stopped responding. “She stopped making noise and she wasn’t moving,” Alexis recalled during a recent interview with American Red Cross Regional Communications Director Jim McIntyre. Thanks to her Red Cross training, Alexis immediately recognized that these were signs that the child was choking. That’s when she unstrapped the child from her chair and began administering back blows, just like she learned in training.

Alexis was able to dislodge the food that was obstructing the baby’s airway. She saved the child’s life – something Alexis says she could have never done without her CPR and AED training from the Red Cross.

On June 8th, 2022, during the Lifesaving Award Program, Alexis was honored with the Certificate of Merit – the highest honor given by the Red Cross that is signed by the President of the United States. The award is given to someone who embodies the spirit of the Red Cross by using action to help alleviate human suffering in the face of an emergency. On that day, December 30th, 2021, that is exactly what Alexis did.

Red Cross CPR and AED instructor and Girl Scout troop leader Erin Hosek, who taught Alexis her lifesaving skills, was also awarded the Lifesaving Instructor Award. After receiving her award, Erin pointed out that of her entire graduating Girl Scout troop, Alexis was the only one who chose to renew her certification two years after she had received her initial training. “And I’m glad she did,” Erin said, adding how proud she is of Alexis for using those lifesaving skills that day.

Alexis is continuing her education at Stark State University in the fall and will pursue a career in childcare. As for the young child Alexis saved, she says the girl still regularly attends the childcare facility in Stow and is a very happy and healthy baby. 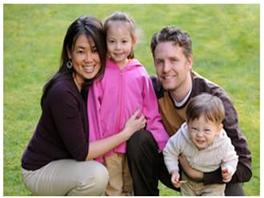 There is nothing more frustrating (or hilarious, depending on how you view it) than going through your 72-hour kit and seeing a huge pack of newborn diapers intended to fit your 15-month-old toddler.

That teensy, tiny diaper simply isn’t going to cut it.

If you are the parent or care-giver to an infant or toddler, you will need to go through your 72-hour emergency kit quarterly to keep up with your ever growing child.

For those who haven’t built a 72-hour kit, yet, here are some items you will need in addition to your family’s regular kit:

When you go through your kit (quarterly!) be sure to pay attention to your diaper sizes, clothing sizes, nipple sizes and amount of formula on hand (if needed).

Don’t forget about your pets! In the event of a disaster they will have supply needs as well. Here are some tips to keep your four-legged family members safe during a disaster:

To ensure that all members of your family are safe during a disaster, download the Red Cross First Aid apps available for people or pets. For more information on building a 72-hour kit, check out redcross.org!