March 22, 2019- The Lake to River Chapter of the American Red Cross honored its valued first responders and volunteers who selflessly serve their region at an appreciation dinner on Thursday, March 14. The dinner was held at Hollywood Gaming at Mahoning Valley Race Course in Austintown. 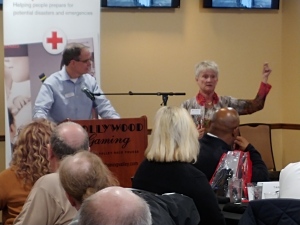 “Firefighters and the Red Cross Disaster Action Teams have continued to build strong relationships working together to bridge the needs of those in our community touched by devastation,” said Chief O’Toole, a retired assistant chief of operations for the Cleveland Division of Fire, who joined the Red Cross in 2015.

He acknowledged the wonderful work of the Red Cross disaster services team in assisting 275 displaced families with $130,000 in temporary housing, food and personal care. The chief also recognized other important efforts, such as blood donor services helping more than 52,000 people impacted in the fiscal year, the armed services sector assisting more than 600 military families, and the escalated efforts for the Sound the Alarm campaign, with a goal to install 100,000 free smoke alarms in homes across the nation with volunteers paving the way. Karen noted that her chapter goal is 1,500 alarms to be installed to wrap up the April 27 to May 11 campaign. 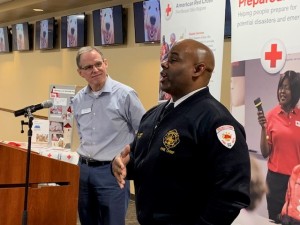 Youngstown Fire Chief and Chapter Board Member Barry Finley described when one becomes involved with the Red Cross. “I’ve always thought the Red Cross was called in when a fire completely destroyed a home,” he said. The chief stated that by being involved in this organization he has learned so much more. He explained that he is appreciative and happy to be a part of a team effort to help in times of need for the community. 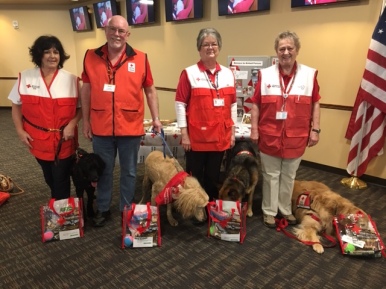 Attendees enjoyed dinner and time for socializing. Gift bags were disturbed after closing remarks by Karen. She emphasized that the staff and board appreciate their volunteers and what they endure as “A love to want to help people.” She stated, “You know you do make a difference.”