One more family in Akron is now better protected from the dangers of a home fire.

Akron Mayor Dan Horrigan and several members of the Akron Fire Department were joined by Rachel D’Attoma, Executive Director of the Summit, Portage and Medina Counties Chapter of the American Red Cross on Thursday, April 21st to install smoke alarms in the home of  Amy Villagomez and her family.

The Villagomez family was grateful for the new smoke alarms.  The alarms that had been previously installed in their home expired in 2009.

“I had no idea smoke alarms have an expiration date,” said Amy Villagomez, who lives in the home with husband Steve and their two children. 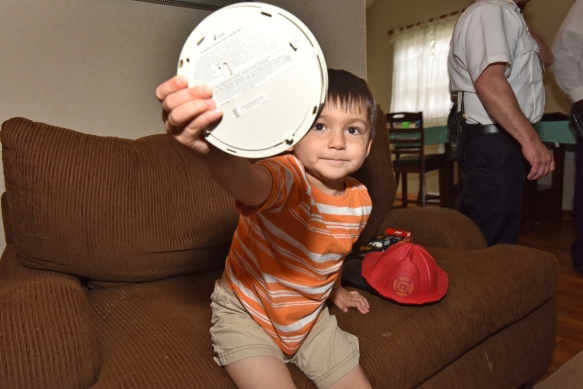 Smoke alarms have a 10 year lifespan. 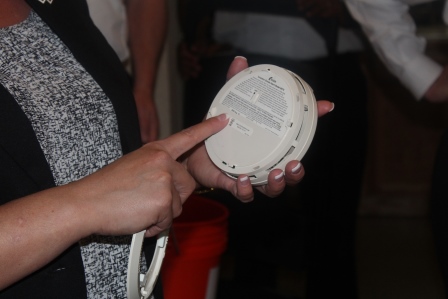 Mayor Horrigan installed two smoke alarms in the Villagomez home.  One, supplied by the Akron Fire Department, is designed for hearing impaired residents.  It was installed on a wall in the bedroom of one of the children, who has a hearing impairment.  The alarm includes a strobe light when activated.

The mayor also installed a more traditional smoke alarm in a hallway of the home, supplied by the Red Cross.  The alarm has a lithium battery designed to last 10 years.

“The importance of having smoke detectors in all of our residents’ homes is vital to safety,” said mayor Horrigan, who was joined by Marilyn Keith, President of Akron City Council and Ward 8 representative.  The Villagomez family lives in Ward 8. 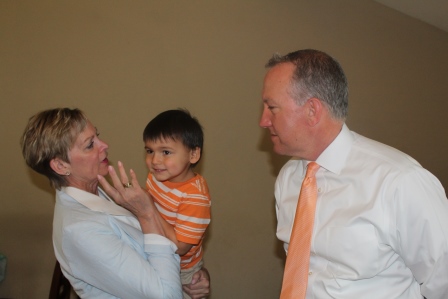 Prior to the smoke alarm installations, Mrs. Villagomez was given important fire safety information and assistance in designing a fire escape plan.

“A recent Red Cross study found that many people think they have up to 10 minutes to escape from a burning home,” according to Rachel.  “It is closer to two minutes. Smoke alarms save lives.” 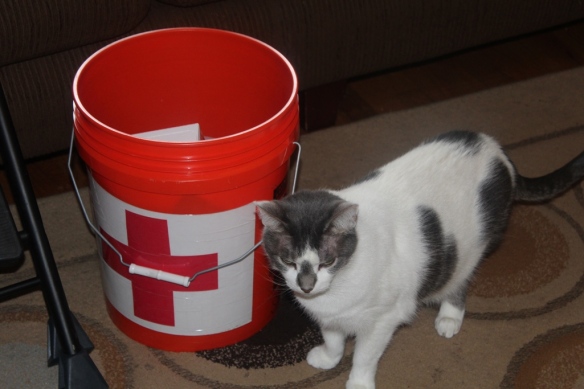 Operation Save-A-Life is part of the Red Cross Home Fire Preparedness Campaign, designed to reduce the number of fatalities from home fires by 25% in a five-year time span.  Residents in other parts of Northeast Ohio can learn how to obtain free smoke alarms in their counties by logging onto redcross.org/neoosal.