April 5, 2019- An internship in New York set a college student on the path to helping others here in Northeast Ohio. Mackenzie Heilman was finishing her senior year at State University of New York when she took an internship at the American Red Cross Central New York Chapter in Syracuse. During her internship, Mackenzie received preparedness training. She became certified in First Aid and CPR/AED. 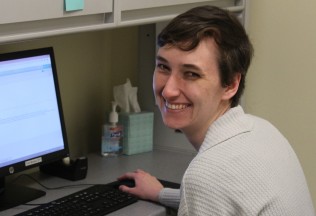 After graduating and while she was looking for full-time work in her field, her husband suggested she pursue volunteer work. The Red Cross’ Northeastern New York Chapter Albany office was close to their home. She began to volunteer for their home fire campaign, assisting with the region’s Sound the Alarm events.

When Red Cross staff in the Albany office learned of her extensive training and previous Red Cross internship, they told her about the AmeriCorps program. The program offers participants a full-time position that pays a stipend. AmeriCorps workers serve an 11-month term.

Her first assignment as an AmeriCorps worker was from January through December 2018 with the Red Cross’ Albany office. Along with Sound the Alarm, her job was helping with the Pillowcase Project. This project is aimed at educating children about being prepared in the event of an emergency. It teaches them how to make emergency preparedness kits out of pillowcases so they are ready if they need to leave home at a moment’s notice.

Last fall, she deployed to the National Disaster Operation Coordination Center in Fairfax, Virginia, during hurricane and wildfire season. She worked the fusion desk, answering calls and receiving emails. This role fields calls and communications from people experiencing home fires, flooding and hurricanes, and alerts Red Cross leadership 24 hours a day, seven days a week. The center then tracks disasters across the country and maps them. She was there for one week in October between Hurricane Florence in the Carolinas and Hurricane Michael in Florida.

Mackenzie moved to Northeast Ohio at the end of December 2018 after her husband landed a job at the Cleveland Clinic. Armed with her training and Red Cross experience, she took a second assignment with AmeriCorps. Her term began in February and will end in January 2020. 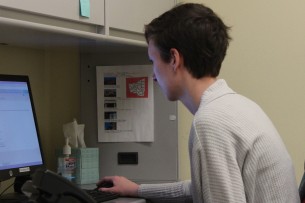 She said the best parts of her job are getting to work in an organization where she enjoys being, working with volunteers, schools and clients, and making a difference in the community.

Mackenzie recommends that others get involved in the AmeriCorps program.

“You don’t need a specific background and as long as you do the work, you will get paid and gain great experience,” she explained. “Besides preparedness, Red Cross Corps workers can also go on call and sometimes meet with clients who have experienced disasters. There is an opportunity to deploy to a hurricane or fires.”

This possibility interests Mackenzie. She wants to be DAT member.

“I would love to deploy and get into the dirty work to help those in need—and personally be there with the victims,” she said.

She certainly would be ready. Mackenzie specializes in feeding disaster victims and prepping food. She is an Emergency Response Vehicle (ERV) driver, having been trained in Albany on the special features of the vehicle. She said she would readily hop in and drive an ERV to feed people in need, if they needed her.

You don’t have to be a Red Cross Corps worker like Mackenzie to be prepared for emergencies. Anyone can learn important lifesaving skills by taking a class with the Red Cross. To find a class near you, visit www.redcross.org/take-a-class.