April is National Volunteer Month and the Red Cross is featuring stories about some of the selfless volunteers that make up the team of people who help fulfill the organization’s mission. Today’s volunteer profile is on Dan Simcox, one of many everyday heroes who offer their time and talent to help those in their community.

Dan is a retired teacher and principal from Columbiana, Ohio. He grew up in Worthington, went to Muskingum College, and received his Masters from Youngstown State University. Dan credits his parents, teachers, and coaches as the biggest influences in his life. 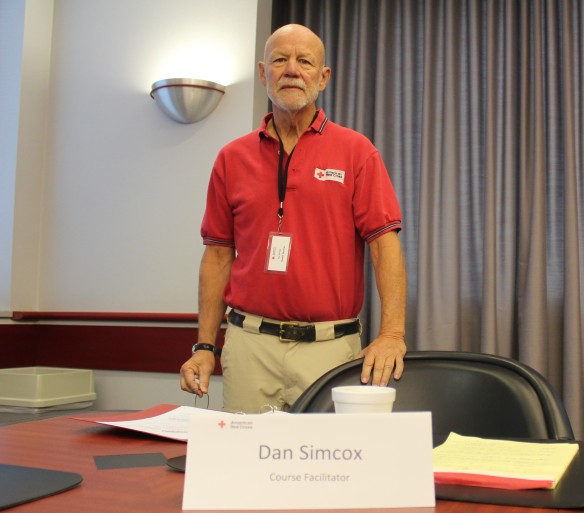 When Dan reflects on his incredible career in education, the memories he most treasures are what he calls the “smaller moments” like the extra 15 minutes he would take to sit down and listen to a student who was having trouble at home or school and in doing so, knowing he helped make their life a little easier. He treasures letters from former students that have come to him after those students went on to college.  A number of them have sent him the papers they wrote when given the assignment “Your life’s biggest influences besides your parents.” He sometimes reads those letters when he’s feeling nostalgic.

It’s is no surprise that a man who made a career of helping, teaching, and encouraging others would choose to volunteer with the Red Cross after retirement, which interestingly was just a short time before hurricane Katrina hit. At that time, Dan didn’t have a detailed understanding of exactly what the Red Cross did or how they operated. But he thought they could use some help so he volunteered and was quickly sent to New Orleans to work on an Emergency Response Vehicle in Mass Feeding. He said after the first day his supervisor told everyone that she was changing  the routes, since people were getting too emotionally involved with their clients. He didn’t understand then how that could happen. But that changed quickly. When it was time for him to go home, he thought, “How can I leave these people? What will they do without me?”

Yes, he got involved…and he has been a steady, hard-working, and passionate Red Cross volunteer ever since.

This week, appropriately during this time when the Red Cross is honoring its volunteers, Dan will lead a class on diversity.  He believes it is important for people who volunteer to understand they will be working in a very diverse world, using a plethora of different volunteers. He says to be effective, “we need to know how to use that diversity to our advantage by using different experiences and different world views to serve this diverse population in the best way possible.” 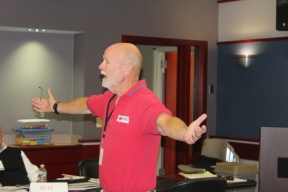 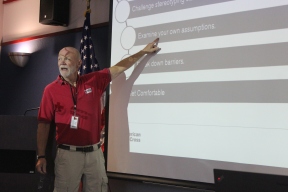 Dan says the most rewarding part of working for the Red Cross is that often you get the opportunity to be the first step towards someone’s recovery.  “After a disaster, a family may have lost everything and the future looks without hope,” Dan says. “But the Red Cross can tell them that there is a safe place for them and their children to stay for a few days, food to eat, and money for clothes and essentials, and that after they get rested we will help them find the resources they need to start the road to recovery.  The relief you see in their eyes when they realize there is a reason for hope is priceless. Through the Red Cross I can make the world a better place for someone who is having an extremely bad day.”

If Dan’s story inspired you to volunteer, you can find out more here.