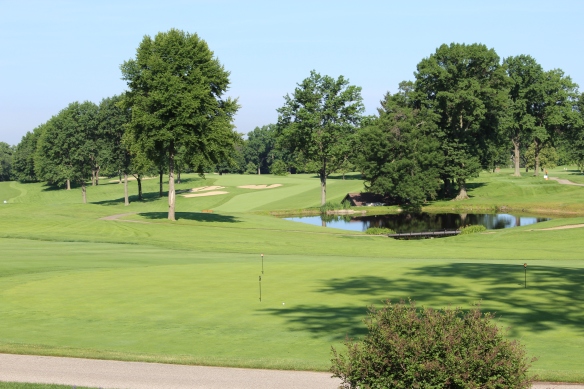 You’ll feel like a pro when you join the Red Cross at the legendary Canterbury Golf Club on June 13.

The Red Cross Cup has historically been one of the region’s premiere golf outings.

Canterbury Golf Club is one of only three courses in the United States to host all five rotating men’s major golf championships.

The Red Cross Cup offers golfers not only the chance to play on a great course which is typically reserved for Canterbury members only, but every player will emerge victorious with all of the funds raised going directly to the disaster relief efforts of the Red Cross of Northeast Ohio.

The dual format adopted in 2011 to accommodate both the lower handicapped competitive golfer as well as the casual golfer was well-received by our players. This year’s tournament will again offer both individual and scramble play options.

For the first time at Canterbury, a live scoring app will be available to allow players to enter their scores into their smart phones.  Players will also be able to view their scores at the 2016 Red Cross Cup website.

A pre-tournament breakfast will be offered, as well as a post-play reception, featuring food, drinks and several coveted auction items, including four tickets to a Cavaliers game during the 2016-2017 season.  The winning bidder will also get four pre-game benchwarmer passes, allowing access to the Cavaliers bench before the game, and a unique opportunity to get up close and personal as the players walk on and off the court during the game and as they exit the locker room afterwards.

All Red Cross Cup golfers will receive a gift bag featuring a Bluetooth speaker and a sleeve of golf balls donated by Fox Sports Ohio.

The Red Cross Cup is limited to just 120 golfers, and foursomes sell out quickly. Reserve your spot on the legendary Canterbury Golf Course now! Contact Laurie Klingensmith at laurie.klingensmith@redcross.org or 216-912-4091.