Wooster, December 6, 2019 – It’s one of the most timely events of the season. And it’s one of the most popular events in the region. Dozens of designer trees, wreaths, centerpieces and baskets were on display at the annual Festival of Trees fundraiser for disaster relief.  The items were auctioned off on Tuesday, December 3 at the Shisler Conference Center on the Wooster campus of The Ohio State University.  Supporters also bid on valuable gifts donated by local companies and individuals during a live auction. 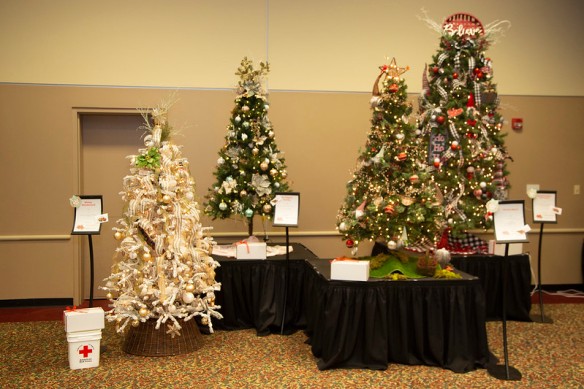 One of those gifts is always in high demand: a ride on the Goodyear blimp.  The highest bidder was Annette Saeger, owner of the Gilcrest Center, an adult daycare in Wooster.

“One of her resident’s  dying wish is to ride in the Goodyear blimp,” said Lara Kiefer, executive director of the Red Cross of Lake Erie/Heartland. “She bought that for him.”

The event raised more than $80,000 for the Red Cross to help residents who are affected by disasters like home fires and flooding in Ashland, Holmes, Richland and Wayne counties.

The general public was invited to attend a preview the night before the auction. 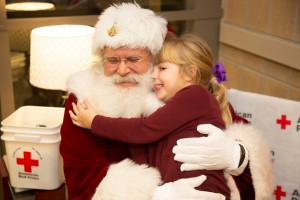 were treated not only to the splendor of the decorated trees, but also a performance by the  Wooster High School Choir and a visit from Santa Claus.

“What a great way to kick-off the holiday season,” Kiefer said.  “People had a good time for a good cause – those who need help during their darkest hours, after a disaster like a home fire.”

If you’d like to help people recover from home fires, floods, tornadoes and other disasters, visit redcross.org/neo and click the donate button at the top of the page, or call 800-RED CROSS.

To view dozens of photos from the preview night and the auction at Festival of Trees, visit our photo album here.