The threat from Hurricane Florence is far from over as rivers continue to rise in the Carolinas and extremely dangerous flooding is still occurring. Getting help into affected areas is challenging, and will be for some time.  One of the four crews deployed in an Emergency Response Vehicle from Northeast Ohio had to spend the night in a fire house in Marion, South Carolina on Monday, after rising waters cut off their return route.

Some Red Cross workers are finding creative ways to deliver relief to residents stranded by floodwaters, as you can see in this video.

This is a heartbreaking and dangerous situation, and the American Red Cross is working around the clock to provide safe shelter and comfort for the hundreds of thousands of people impacted. 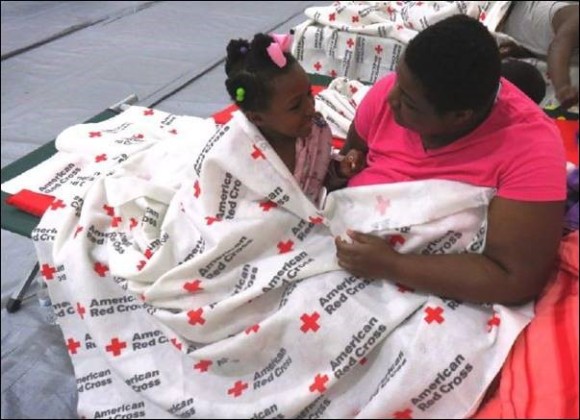 Due to Hurricane Florence, nearly 200 blood drives have been forced to cancel, resulting in over 5,200 uncollected blood and platelet donations.

About 2,800 Red Cross disaster workers, including about four dozen from Northeast Ohio, have been mobilized to help feed, shelter, and support people affected by Florence and the subsequent flooding.

To help support the disaster relief operation, Fox 8 in Cleveland will be broadcasting live reports on Thursday, September 20, from 6:00 am to 7:30 pm.  The station will be promoting a Hurricane Florence disaster relief hotline number, giving viewers the chance to make a donation over the phone.  Donations can also be made online at 1-800 RED CROSS, or by texting the word REDCROSS to 90999 for a $10 donation.