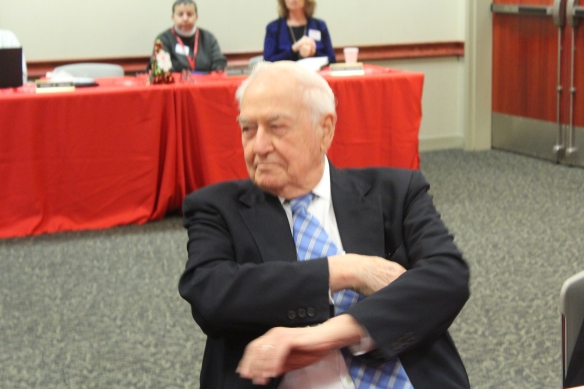 Richard W. Pogue, past Managing Partner and current Senior Advisor to the Jones Day law firm, is Director Emeritus of the Red Cross of Greater Cleveland.  He was named Chairman of the Board of Directors in October, 2009.

Dick’s civic interests are wide-ranging, as he has served as chairman of several organizations, including the Cleveland Foundation, Greater Cleveland Growth Association, University Hospitals, The City Club, Business Volunteers Unlimited, Greater Cleveland Roundtable, The 50 Club, the Newcomen Society of the United States, Cleveland Institute of Music (interim), and Presidents’ Council Foundation. He chaired the 1989 Cleveland United Way campaign and served as co-chairman of Cleveland’s 1996 Bicentennial Commission.

Dick is still an active member of the Greater Cleveland Chapter, regularly attending quarterly Board meetings and serving  on the Nominating Committee. He is also a  generous supporter of the Chapter’s many fundraising events. 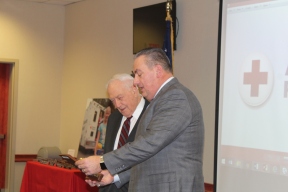 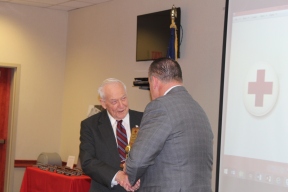 Dick Pogue receives the Golden Doorknob Award from CEO Mike Parks, “for the many doors he has opened for so many people” on March 22, 2018.

“Dick Pogue embodies the true spirit of the American Red Cross in that he cares – he genuinely cares about the mission of serving others in their time of need,” said Mike Parks, CEO of the Northeast Ohio Region.  “I feel privileged and honored to have his sage counsel and his tireless support, which help make the Red Cross the world’s premiere humanitarian organization.”