“Hero” is defined as a person who is admired or idealized for courage, outstanding achievements, or noble qualities. Ideally, that should describe all of us.

In this age of political and social conflict, one thing remains clear. In times of need, people in this country rally together to help one another; and the American Red Cross has been recognized for years as the organization that maximizes their efforts.

Every 8 minutes, we help someone in need 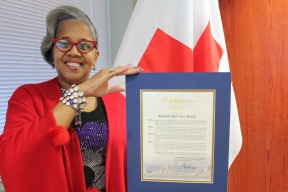 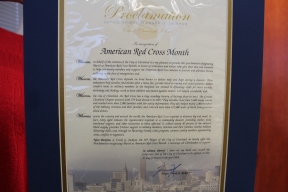 Back in 1943, President Franklin D. Roosevelt recognized the impact of our organization and declared March as official American Red Cross Month. That tradition has continued through today and recognizes the efforts of all the volunteers that enable it to complete its mission. Approximately 96-percent of the work the Red Cross accomplishes is done by local volunteers in communities across this nation.

If you have time, volunteer. If you already volunteer, suggest a friend join with you. If your time is limited, take a class or donate blood. Cash donations are always welcome as well, and help fund the life-saving activities Red Cross provides.

Get involved – then pat yourself on the back – you’re a hero!