Stephanie Farley, a retired school teacher and long-time Red Cross volunteer, says she found a bag of yarn in her closet several years ago and started stitching.

“I couldn’t remember why I bought it, what I was going to make with it, and I had a hat pattern, so I made a hat.” 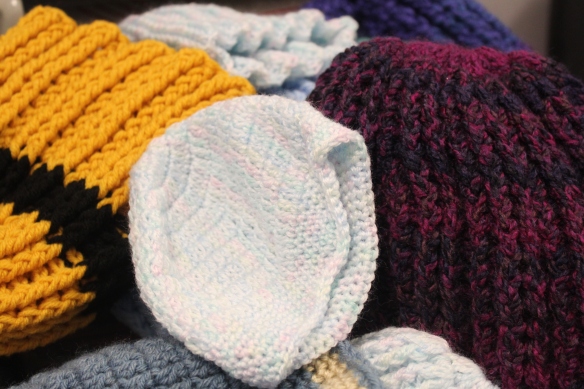 Since then, Stephanie has stitched an untold number of hats that have been given to residents in Northeast Ohio who experience disasters like home fires.  Each time Stephanie brings a new batch of hand-stitched hats, they are distributed by Disaster Action Team members who respond to home fires.

“The first hat anyone took was bright red,” Stephanie said. “He was so excited, he was waving it around.”

Stephanie says she also received a thank you note from the recipient of one of her hats.

She’ll be crocheting for the foreseeable future, after making a request for yarn on the website nextdoor.com, a private social network for neighbors.  “I got tons of yarn.  I’m good for a year or two.” 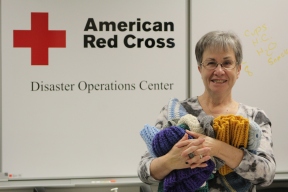 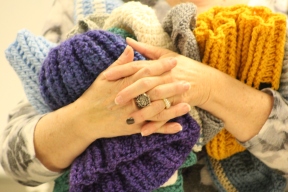 You don’t have to knit, or crochet to volunteer for the Red Cross.  Your heart just has to be in the same place as Stephanie’s.  Visit redcross.org/neo and click “Volunteer” to explore the many ways you, too, can help others.